Battery Backup When the Power Goes Out | Podcast

Hurricane season, followed closely by winter storm season can be a tough time to try and keep the lights on. Aging grid infrastructure and stronger storms play into longer and more frequent power outages. Keep the power flowing with Magnum Energy Storm Kits™ from Sensata Technologies.

The Magnum Energy team has been excited to see the Red Cloud Renewable Energy Center come to life.

The January/February 2017 issue of North American Clean Energy features a 2017 Solar Buyers Guide, showcasing solar technology from panels to maintenance and all of the balance of system components in between.

Expanding on Excellence: Vote for Sensata as a Leader in Solar Energy

Now, through October 31, 2016, you can vote for Sensata Technologies as a Leader in Solar Energy. We are excited to have been nominated, and would appreciate your support.

Tips on Sizing an Array According to Battery Capacity

NABCEP-certified instructor, Alan Santos-Buch, gives some tips on how to size an array to take battery capacity into account. See the whole tip in the March, 2016 issue of Solar Power World.

Sensata Technologies is proud to support the efforts of The Physics Factory and the Physics Bus with the donation of a Magnum MS Series Inverter/Charger. 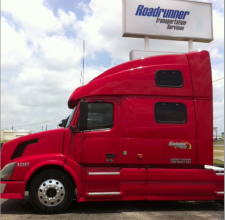 Here's just some brief thoughts on how your product is working for me. I have recommended it to other drivers looking at inverters for their trucks.