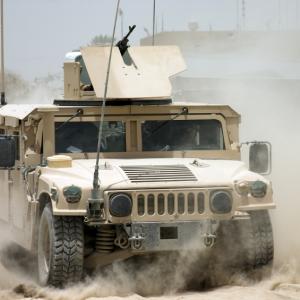 Military vehicles have numerous auxiliary power requirements to support various loads. We have been designing and building thousands of inverters that are easy to operate and perform well in the field under harsh conditions like high temperatures.

Sensata is classified as a large business and our cage code is 55YR1. We are in the U. S. Government’s SAM system. The family of inverters range from single phase quasi signals to support motor loads to three phase inverters that run large compressors. We also make pure sine wave inverters for common office loads found inside the cab for example. In some cases you will want to include a charger function with your inverter. Talk to one of our sales engineers to find out which inverter or inverter/charger is best for your application.